Maintenance and update frequency
Not planned

Other constraints
No specifed conditions apply

"Vital asset to the organisation?":"",

Series includes Kaabong, Aloi, jinja, in Uganda which was compiled and published by The Department of Lands and Surveys in Uganda. These maps use the New Arc (1960) datus Clarke 1880 (Modified) Spheroid UTM zone 36.

Series also includes Musuma in Tanzania which was compiled by the Ministry of Lands, Forests and Wildlife, Tanganyika.

This collection has been published fro a number of source (identified in the Description (abstract)). For some maps there have been several editions published. To identify which editions of the maps are available please see the individual map records. 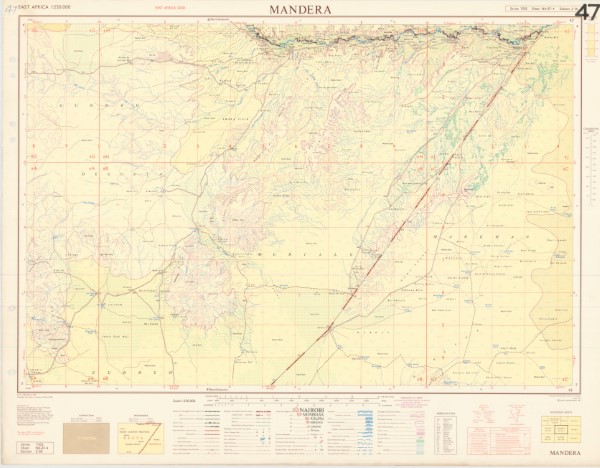